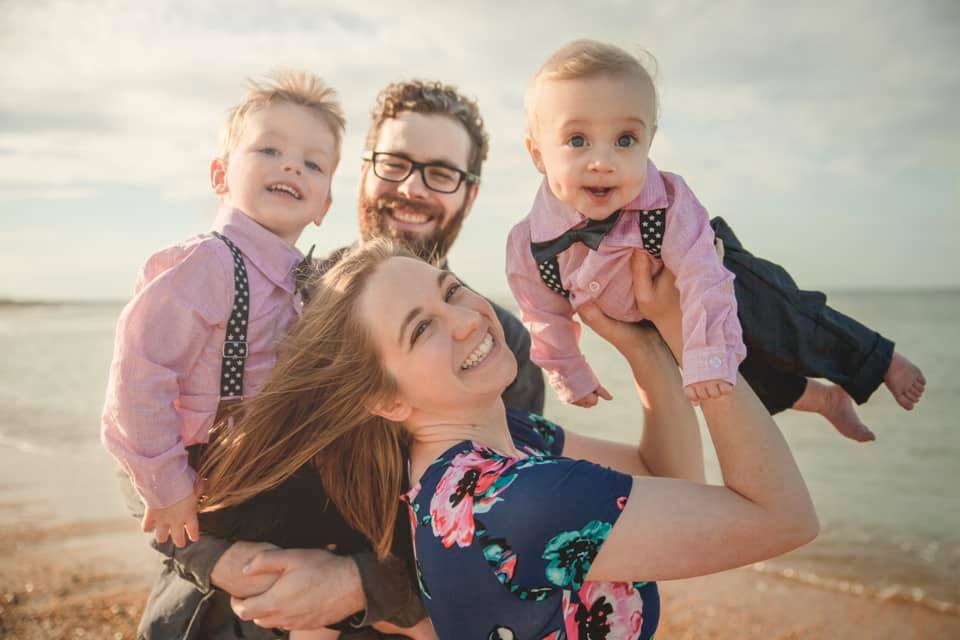 Sometimes in your life, an opportunity reveals itself. One so good that you can’t do anything but go for it. That’s the situation my family and I found ourselves back in November when we realized we could move back to the midwest.

Long-Distance Moves Aren’t A New Thing For Us

Ever since the beginning of my wife and mine’s relationship, moves have been part of the deal. It’s funny really, neither of us grew up in a family that moved a lot so you’d think we would settle down where we grew up. That is certainly what I thought I’d do growing up. But life has a way of taking you out of your comfort zone if you let it. And Vicki has always been more adventurous than me, even if she doesn’t think so.

That Time I Moved To Illinois

So the first move was probably the easiest. This one was just me as a love-struck 20-year-old guy. I just graduated from college and the idea of continuing to live 5 hours from Vicki was devastating. We had been dating for almost a year by that time, and I was confident that she was going to be my wife. So confident even that I told her as much… way too early by the way.

Life Tip: probably don’t tell your brand new girlfriend of a couple of weeks that you’re absolutely going to marry her. It’s creepy and weird and not at all the grand romantic gesture you think it is.

So with that, I packed up everything I owned into the trunk and passenger seat of my old Buick Riviera and drove down to Illinois. I didn’t have a job to go there, but I had a couple hundred bucks saved up and I figured I’d be alright. And I was! I had already arranged to live with a couple of college students and we became fast friends!

Within a couple of weeks, I landed a job at a magazine publishing company. They didn’t need me more than 2 days a week, but it was my first “real” job, so I was still thankful. It was a very small company and the management there was a little old fashioned, even for the middle of no-where Illinois. But the experience was good and everyone was really kind.

Obviously, 2 days a week wasn’t enough to pay the bills, so I also picked up some hours as a waiter at one of the local restaurants. By this time, waiting tables was looking like it was going to be an unintentional career for me.

A few short weeks before we got married, I picked up a shift I wasn’t assigned at that restaurant. That day I served a party for the local newspaper. They loved me (because why wouldn’t they!) so much they started asking some more personal questions. Like what I went to school for? What did I do other than wait tables? Did I want a job?

Fast forward about 30 minutes of oddly specific questions and me oddly perfect answers. They scheduled a time for me to come in and interview for a job opening! I nailed that interview and worked full-time with the JG-TC and team as their online specialist and graphic designer until Vicki graduated college in 2012. I didn’t love every day, but I loved the people. They each were like family and it was truly a blessing.

That Time We Moved To Norfolk

But it was short-lived, I only worked at the JG-TC as their in-house guy for a little over a year. Vicki had been interviewing for jobs before graduation and we knew that she would get one of them soon. She interviewed in Green Bay, Norfolk, Denver, and a few others. After getting the offers, we landed on Norfolk.

You know how when you get your first job you might be a little over-excited about it? Well, let’s just say Vicki was that. She said she could start “in 2 weeks so my husband has time to put in his 2-weeks.” So I get a text during lunch saying that I needed to put in my 2 weeks since we’ll be moving to Norfolk.

So yeah, a whirlwind of emotions guided me through those 2 weeks. Sadness for saying goodbye to good friends, excitement for starting a life together far away, anxiousness for knowing we’ll be 1,000 miles from anyone we know, and so many more. But we made it. We did it. And we re-started our lives in Norfolk together.

So there’s a small chance that in the 14 days we had to find a house, move cross-country, move-in, and start a new job that maybe we didn’t do as much research as we should have. But at the same time, it’s not like we were making enough money to live much of anywhere else. We spent our first few years in Norfolk in a part of the city that had a little more crime than I’d like to admit.

But Norfolk Had A Lot To Offer

We made great friends in Norfolk. We even joined a church that later planted a church, which merged with another church! That’s a little confusing, and I won’t go into much detail here, but the short of it is that our church family just got bigger along the way! And so did ours!

Unfortunately for us, in Norfolk, we were on the receiving end of friends moving away… more times than I’d like to count. It felt like every time we truly got close with someone they got new orders that moved them to the other side of the country or planet.

You see, Norfolk is home to the world’s largest Navy base, so almost everyone we knew worked in the military. Saying it was hard to say goodbye was an understatement, but a strange paradoxical one. What was scary is that it really wasn’t hard to say goodbye anymore. Not even to our closest friends… and that bothered us. Not enough to move, but I’m sure it was at least part of the reason we started looking for other locations.

So yeah! It’s time for us to move on again. We will move to Columbus in March! There’s a long list of things that need to do between then and now. We already started downsizing a lot of our stuff so that we don’t move with anything we don’t need! But we also need to find a new home in Columbus and sell our current home.

But Not Too Slow…

The week of writing this, we went to Columbus to look at houses. A little under two dozen in 2 days, actually. We found out that there are a lot of suburbs around the city and each one is unique. We’re personally leaning towards Pickerington, but I could see us living in just about any of them. We wanted to make sure we move to an area with great schools for the boys, which was a totally new concern this time around!

By Saturday, 2/1, we were under contract on a new house. Our Columbus realtor, Katie, has been incredible. We’ll close March 13th and couldn’t be more excited! But before that, there is still a long list of things we need to do with our current house, our financing, moving all our stuff, finding out where we want to live between houses… truly a lot to figure out. But I’m sure it’ll be all okay like it always has been. Our faith seems to really help in these situations.

Our Next Chapter Begins

One way or another, we’ll be living in Columbus on March 13th! But this move doesn’t mean anything about Zealous Sites will change. We will still offer the same services at the same price with the same great customer service! If you or someone you know needs a new or updated website, we are your team!

These last 10 years have been an incredible journey for Zealous Sites, me, and my family. And I can’t wait to see what the next 10 years have in store! 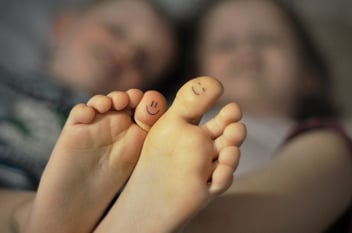 How To Create A Great Theme Footer in Divi

Efficient marketing calls for the use of the right call-to-actions and forms. These forms need to... 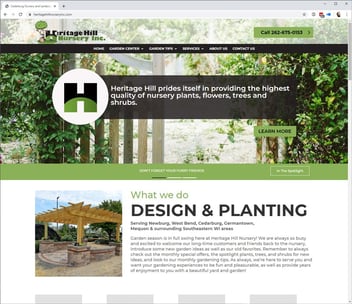 Heritage Hills is a garden and landscaping business that has been serving Newburg, West Bend,...