A Senior’s Perspective on COVID-19

The Coronavirus has become a global pandemic in a very short time.. Why? Many aren’t taking it seriously as the killer it can become so quickly. Some believe it is just a hoax. While others believe it’s something blown out of proportion and not a valid threat at all. Some feel they’re “healthy” and never get sick, so of course, they don’t need to concern themselves with this latest virus scare either.  Then there are those that believe it is something the Democratic party has come up with to discredit President Trump and lessen his chances for reelection.

So where do you fall among these categories?

I was the “blown out of proportion” kind of person.  That is until this week.

What Doesn’t Kill You…

I’m a 63-year-old female.  I definitely could have better health, but hey, I’m a “Super Moma”. I get sick, but shake it off and go on. Right? Isn’t that what we learned growing up.?  “Tough it out”. “Hang in there”. “What doesn’t kill you, makes you stronger”.

I’m here to tell you all, what doesn’t kill you will not make you stronger, only weaker.  Weaker for that next virus that’s lurking on that shopping cart you touch.

People, we need to take better care of ourselves. If not for ourselves than for our children, grandchildren, friends and pets that love us even when we do stupid things like not taking care of ourselves.  I mention stupid things, because that is exactly what I’ve done. Now I’m not fond of airing my stupidity publicly, but maybe one of you will have an Ah-ha moment by me doing so. So here goes nothing…

Since last summer I’ve had 3 major surgeries; joint fusion in my dominant hand, tear ducts/eye/sinus, total hip replacement. About four weeks after my total hip replacement I went back to work with a walker/cane. Then at four months postops, still with a cane might I add, I decided to travel from one international airport to another to visit my son and his family to help them get ready for a cross country move.

Obviously I wasn’t much help with packing or lifting/moving anything. My job was to watch and keep my three and one-year-old grandsons occupied. Which was definitely exhausting on this old lady.

However, it was very enjoyable. I should mention that this was just in the last two weeks when the pandemic was beginning to spread like wildfire.

Of course, I was not concerned because I am “Super Mama”. It’s just another germ or two. While returning home I had total disregard for anything I touched in the airports because that’s what hand sanitizer is for, Right?

Once I had returned home, I had received notice that my regular job was postponed due to COVID-19 and I was given a new assignment. My new assignment had me going and disinfecting all areas in the local grocery store. I still was not concerned with my safety even though I knew I was of greater risk because of underlying health issues. Each day that passed, I began to feel rundown.

Then I had an AH-HA moment when I woke up a couple of days ago feeling very ill. I still didn’t think I had contracted COVID-19 but I knew some bug had invaded my space. I had not developed a fever, but I had a terrible cough, flu-ish body aches, and an all-around icky feeling.

My son was very concerned, hounding me to call the doctor. I told him it was nothing and not to worry. After several concerned phone calls from him, I could sense his worry was real. I felt bad for making him worry about me when we had some miles between us.

I Finally Called The Doctor…

So I sucked it up and called my doctor. Now I expected the doctor’s office to tell me to take two aspirin and call him in the morning. However, to my surprise, they were very concerned because of all my underlying health issues that would become complications if I had contracted COVID-19.

They instructed me to go directly to the ER, which I did. On my way there, I began to have respiratory distress caused by being asthmatic. You know one of those “underlying health issues”. By the time I got to the ER I could barely breathe and it was an emergency at that point. My icky feeling had turned into a frightening situation.

It Got Real. Fast.

During the usual check-in with taking my vitals, it was noticed that something was seriously going on with my blood pressure. Another “underlying health issue”. It was 249/119 and that is not good. It was determined that I was near a stroke or heart attack if they couldn’t get this blood pressure under control quickly.

But first I had to be able to breathe, so they gave me a breathing treatment and many other tests to figure out what was happening. At this point, COVID-19 was not ruled out, but I had more life-threatening issues that needed to be dealt with first.

Once I was able to breathe again, we moved on to the blood pressure issue. The most obvious thought was a blood clot in my lung. To know if this was the problem, it required a specialized test because I had an allergy to contrast dye, another “underlying health issue”. It would be complicated.

However, this test was not given in the ER and only at the hospital.

So, everyone, it’s ambulance time

I “Super Mama” felt an ambulance was not necessary. After all, it was only a short drive across town to the hospital. Guess who won that battle?

I arrived at the hospital by ambulance.

Once settled into a new room, I was told it would be approximately a three-hour wait while they got the machine ready for the test. So I did what all “Super Mamas” would do in a situation like this. I sent my granddaughter to fetch me some food.

I had been there all day with an empty stomach getting very hangry, besides feeling extra icky. After supper, I had a couple more breathing treatments; followed by steroids and other medications to lower my blood pressure.

Now it was time to go have the specialized test to see if I had a blood clot in my lungs.

The test was horrible

It was horrible. I don’t know what another word to describe it. Horrible. I am not one to have my nose plugged and breathe completely through my mouth. I thought I was suffocating, but I sucked it up and it was finally over.

The second half was an injection into my IV to track the blood flow through and around my lungs. That was a piece of cake. Speaking of which I did miss dessert after supper, oh well.

This test took about forty-five minutes to an hour to complete. That was the last test and now it’s the waiting game for the outcome. By now I was feeling very hyper, shaking with adrenaline, and just wanting to go home. I also couldn’t believe that I had put myself into this horrific health crisis I could have avoided if I had taken this COVID-19 more seriously.

The doctor determined I did have a small blood clot that dissipated from the medication and he was able to see it happening during the specialized test. Did I mention the nasal swab for the COVID-19 is not an easy feat either? It’s not that it is physically painful, it’s more of a mental issue seeing a foot long nasal swab and knowing it will be inserted entirely into your nose. It puts new meaning to the phrase “tickling your brain”. Is that even a phrase, or did I just make it up?

Now I’m home again on house arrest. Oh, I mean “self-quarantine”. It will be at least a week before I hear the results of the actual COVID-19 test.

“Super Mama” keeps telling me I should be doing something around this house like; laundry, dishes, cleaning, and disinfecting. But I don’t have to listen to “Super Mama”, do I?

I think I have learned from this ordeal that any virus is something to be reckoned with, but especially this one that has grown to a pandemic portion.

It is real. It isn’t a plot against the president or any other nonsense that some may be thinking. We as seniors are at higher risk just because we are of that age group. You can be perfectly healthy one day, touch something that the virus is on, and zap you got it and it puts you down fast. No age group is immune to any virus, but particularly this one.

We, seniors, need to remind our younger loved ones that they can contract or spread this virus as well. We as a population need to become more aware and stop this spread of COVID-19 before more lives are lost from it.

Take Care Of Yourself

With age comes wisdom. Anyways that is what I was always told. So wise up seniors and get the word out. Lead by example. So please if something else from this entire message, take care of yourselves. You’re the only one that can do that.

Wow! This article has gotten a lot of traction! Thank you so much for all the support you have all given to my mom during this. She promises to write an update as soon as she’s feeling 100% again!

Now that the initial “shock-value” of this article has passed, I am going to add a couple of Amazon affiliate links below. If you don’t feel comfortable using these, then please don’t. I’m linking to gloves and masks that have good reviews on there in hopes that you’ll take care of yourself during these hard times. Oh and a bidet in case you run out of that toilet paper! ;)

This article was never about monetization, but I do need to pay my hosting bills somehow. ;)

Thank you again so much for the ongoing support and keep an eye out for mom’s update in the next few weeks (or whenever she gets around to it, to be honest).

She got around to it. Her update is here. :) Thank you again.

Just six short weeks ago me and Paco were working from the dining room cardboard box… You see, the... 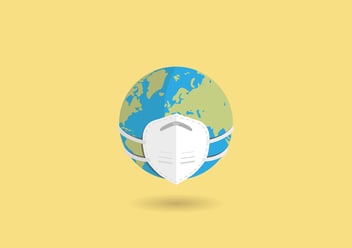 A Senior’s Perspective: Wearing a Mask, Yes or No

While other countries don’t appear to have this dilemma with wearing a mask;  the USA continues to...

This is a “Daddy Blog” categorized post, which means two things.